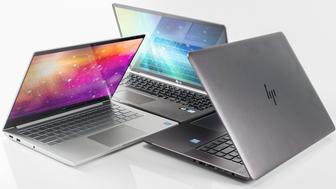 Whether it's to boost homework productivity or to watch their favourite films on, when you're buying a laptop for a child, you need to know what it'll be used for as this is critical. Is it an educational tool only? Are you happy for them to use it for gaming or watching movies?

Laptops come with different operating systems: Windows, Chrome OS and macOS. Windows is the most common, working with the most applications, Chrome laptops are usually the cheapest but have an operating system with fewer applications and really only work best when connected to the internet. A Chromebook uses Google's own laptop operating system which uses programs like Google Docs but with some Android apps as well. Finally, Apple's macOS is arguably the most intuitive to use, but Apple's hardware is not cheap (and lacks the touchscreen found on many laptops and Chromebooks).

It's important to check with your child's school to make sure there's no requirement for particular programs or operating systems. Screen size is the most immediate way to interact with a laptop, and if your child is planning on watching movies as well as doing homework, then a bigger screen is better. There is usually a triangle of trade-offs: weight, power and price. One that's lightweight will rarely be cheap, one that's cheap probably won't be powerful or light: There is a balance to be found somewhere, and there are bargains to be had. Note that some companies, like Apple and Microsoft, offer lower prices to educational organisations and students.

It’s also worth considering is the life expectancy. Most children’s laptops won’t last much beyond 3 years, so if you think they’ll need a new one for GCSEs from Year 9, don’t buy them an expensive one in year 8 as you may be replacing it again before GCSEs have finished in year 11 … and again if they choose to go into further education.

Sixth formers and university students have slightly different needs as most of the specialist equipment will probably be provided by the institution. Even maths and science degrees only require a computer that you can write essays and dissertations on and can do the occasional spreadsheet. Most students browse the internet, do social media and watch Netflix! Golden rule; don’t spend too much too early and ask the school or university what the minimum specification is, then check with a reliable source for the best deals. Most institutions can provide cheap access to Microsoft Office 365 as well, so don’t be coerced into buying it from PC World at full price before term starts.

The choice as always, is yours, but if you think you need advice, you know where to come.