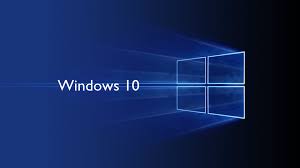 How many of you have upgraded to Windows 10? … and why?

The operating system (OS) on your computer is what makes everything work: It integrates the mouse, keyboard, screen, disk drive, printer, networking and other peripherals together, and presents them to you in a manageable manner. It then manages all the other software on your PC like email, internet, word processing, pictures, music & videos and makes them accessible at the click of a button. Since the PC, as we know it, was born back in the 80’s the have been a series of operating systems from the unfriendly DOS (disk operating system) through various iterations of Windows up to the latest version.

Why? It’s simple really; the PC hardware continues to develop: more memory, faster multi-core processors, hard disks with storage unimaginable only 5 years ago, flat screens, wide screens and USB memory sticks the size of your thumb nail that could store the equivalent of 50,000 old fashioned floppy disks! The OS has to know how to manage these new devices. As an example; good old Windows XP was designed before the DVD was invented so it never knew how to use it: You had to install some other supporting software to get it to work. The later OS had this built in of course. So you will see that new PCs have to have the latest OS to be able to manage the new hardware.

We still get asked to sell PCs with Windows 7, rather than 8, 8.1 or 10, as the users don’t like the changes. But this is a bit like asking for an old 60w light bulb when there is a 5w LED bulb available that will do the same job. Times move on and you have to go with the flow or get left behind! A new PC or laptop has new hardware that is better managed by a new OS, so when you get a new computer, be realistic, and get used to the latest stuff. Do you want your new car to be just like your old car; no you don’t! You expect it to have all sorts of new stuff, and so it is with a new PC.

What’s all this upgrading about then? It’s free to start with, and if your PC is of good enough specification then why not? If you upgrade now, then when you come round to buying a new PC a couple of years down the line you’ll already be used to the new OS. I admit that there are some issues with printer, sound and graphic drivers not being compatible, but these are easily fixed and should not stop you. Just like your new car, the buttons and switches are all over the place, but it still has a steering wheel, gear leaver and three pedals.

Of course many older machines are not recommended for upgrade as the hardware is simply too old and slow to reap the benefits. If that is your situation, then simply wait until your PC has reached the end of its useful life and then get a new one; it’ll have Windows 10. We are led to believe that Microsoft will discontinue the habit of numbering their operating systems from now on and will simply call it “Windows” as all upgrades will be free until you need a new PC, then you’ll just get the latest anyway!

If you get stuck, you know where to come - for the usual fee 