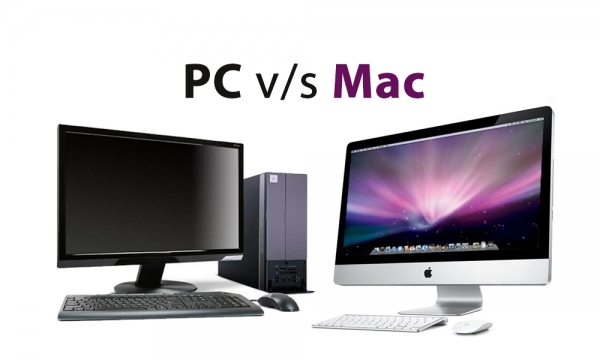 A question I am often asked is "should I get a Mac to replace my PC? My children tell me it'll better". Hopefully I can help you to make this momentous decision.

The Apple Mac (short for Macintosh) and PC (short for Personal Computer) are both computers that will eventually take you to the same destination. They can both do e-mail, internet, word processing, spreadsheets, photos, video and they come in both laptop and desktop versions. In short, it's a bit like the choice between Ford and Vauxhall motor cars however, whilst they both achieve the same end, they do it in slightly different ways and with different programs.

Changing from PC to Mac would require a certain amount of re-learning of your computer skills. The mouse only has one type of click; not a left and a right as with a PC. To close a window on a PC it's the red X in the top right corner; on a Mac it’s the top left corner – got the idea? Macs have always been considered to be the "professional's" choice where reliability and being the right tool for the job was important. PCs have always been generalist, office machines capable of doing everything, but not always with quite the same flair. Today they are both pretty good but both have unique benefits, but both equally have their annoyances. If you want to use Sage Accounts don’t buy a Mac!

Cost is also worth a mention as the Mac is probably double (or more) the cost of the PC – so why? If you do a raw comparison of the memory, hard disk and processor then they're pretty much the same, but once you start comparing all the things that most PCs don't have, backlit keyboards, rigid aluminum bodies, the extra long battery life, magsafe power connectors and thunderbolt interfaces, then you start to see all the refinements you're paying for. Furthermore the operating system is pretty bug-free and virtually virus resistant. Perhaps I should change my previous analogy … not Ford vs. Vauxhall, but Ford vs. Jaguar!

The PC is universal, functional, cheap and everybody knows what to do with them. In 2013 less than 10% of computers were Mac, although this gap has been narrowing at an increasing rate and by the end of 2015 I would expect it to be more like 80% PC to 20% Mac. There is no right or wrong; just horses for courses, whatever takes your fancy. We help people every day to make the choice, and then live with that decision or, indeed, change again.

Beware of the sharp-suited salesman in the big stores, they're not really interested in what is best for you, just how much commission they'll earn on the sale. Take good impartial, independent advice and then ... the choice is yours!