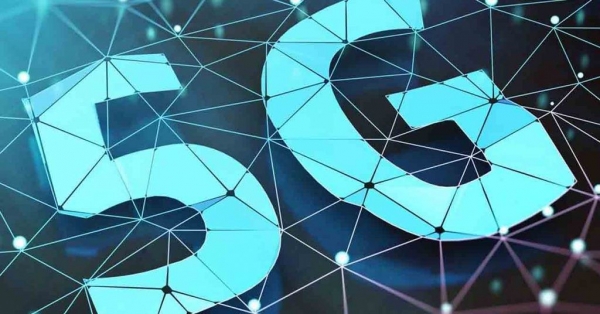 5G Network.....You'll be lucky!
A mobile (or cellular) telephone works by having a wireless connection to a nearby transmitter. The transmitter’s coverage area is called a cell, and as the telephone moves from one cell to another, the call is seamlessly transferred with no break in communication. As a rule, all cells overlap, but where this doesn’t happen its known as a black hole and you lose you call halfway through.

In the early ‘80s the first generation (1G) of mobile phones was introduced and they used an insecure analogue signal that only allowed voice calls. In the late ‘80s, 2G was introduced an it was based on a digital system that allowed voice, text and picture messaging as well. 3G followed in 2000 and was at last able to offer the speeds necessary for email and internet browsing. 4G came along in late 2009 and was fast enough to stream TV & video, as well as all the rest … and it’s what most of us use today. It’s taken ALL the ensuing 10 years for 4G to become available just about everywhere, but even today, outside of the big cities the 4G network can be pretty awful. The mobile providers keep telling us that they’ve got 98% of the population covered … but what about the 2% of us that live out in the sticks? We’re luck to get any signal at all … let alone 4G!

So, what is 5G? It's the next - fifth generation of mobile internet connectivity promising much faster data download and upload speeds, wider coverage and more stable connections … and why do we need it? It's all about making better use of the radio spectrum and enabling far more devices to access the mobile internet at the same time, because we’ve all gone mobile and internet mad! Existing spectrum bands are becoming congested, leading to breakdowns in service, particularly when lots of people in the same area are trying to access online mobile services at the same time. 5G is much better at handling thousands of devices simultaneously, from mobiles to equipment sensors, video cameras to smart streetlights.

And will it work in rural areas? Lack of signal and low data speeds in rural areas is a common complaint, but 5G won't necessarily address this issue as it will operate on high-frequency bands that have a lot of capacity but cover shorter distances. 5G will primarily be an urban service for densely populated areas. People in rural areas are unlikely to benefit from 5G in the short term but commercial reality means that for some people in remote areas, connectivity will still be patchy at best without government subsidy making it worthwhile for network operators to go to these places.

You’ll need a new phone, as well as a new 5G contract with your provider. Its expensive at the moment, compared with 4G services, but I’m sure the price will fall in time. For those of us who don’t live in the cities; two tin cans and a length of twine will have to do!

The choice as always, is yours, but if you think you need advice, you know where to come.