Microsoft Office, Open Office, LibreOffice   and there are many more! 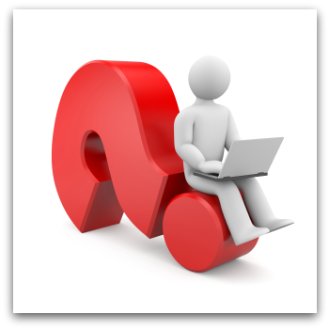 Microsoft Office
Whether you like it or not, this is the industry standard suite of programs that most of the world uses for creating document, spreadsheets and the like. The program names are Excel, PowerPoint, Publisher & Word and they sit alongside the lesser known Access database manager. Nearly every business also uses the email, calendar and planning program called Outlook. It is never free and whatever version you’ve got it will have come as part of your computers package or you will have subscribed somewhere along the road. Microsoft did offer another package called Works that was free, but it has been retired and has not been distributed for several years. Most people want Microsoft Office on their computer as they will have learned to use it at work or at school and they have no idea that there are alternatives that are FREE! However people don’t like change and it takes a while to get used to something else, but many do …

Open Office
Apache OpenOffice is the leading open-source office software suite for word processing, spreadsheets, presentations, graphics, databases and more. It is available in many languages and works on all common computers. It stores all your data in an international open standard format and can also read and write files from other common office software packages (like Microsoft Office). It can be downloaded and used completely free of charge for any purpose Including business use. It does look slightly different but it is at least as good as Microsoft Office.

Libre Office
LibreOffice is a powerful office suite – its clean interface and feature-rich tools make it a great free alternative. It was based upon Open Office and is probably the most developed clone. LibreOffice includes several applications that make it the most powerful free and open source office suite available: Writer (word processing), Calc (spreadsheets), Impress (presentations), Draw (vector graphics and flowcharts), Base (databases), and others.

WPS Office
WPS Office 2016 Free is anther free office software suite that has limited functions but a nifty PDF editor. The smallest size office suite consisting of Writer, Presentation, and Spreadsheets and there is an olive version as well so you don't have to install it at all. However they do try and get you to buy the full version with all the bells and whistles unlocked. Open Office & Libre Office are both fully free for ever.

Google Apps
Good old Google had to join the band-waggon and they have developed a suite of free apps. Rather than be all things to all men and women, Google's suite is content to cover the basics and to cover them well. It's fast, lightweight and works on a wide range of devices, and it's both easy to use and easy to administer. If Google's apps cover the features your users will need every day, it's a very compelling product for free users and it's a product you can test risk-free.

Footnote for Apple Users
Of course if you’re an Apple user then you’ve had your own suite of programs free for years but you can use any of the above as well if you want to, or you can buy a Mac version of Microsoft Office that is just as ambitiously priced as the Windows version :-)