It's all about the Disk! 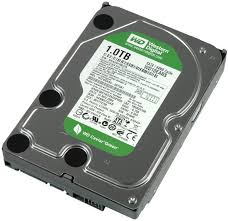 A hard disk (as opposed to a floppy disk now, obsolete) is a disk of magnetic media that spins at a high speed and has an arm that reads the data stored on its surface or writes data to it. If you like, it's the same as an old record player with a bit more technology. They can store unimaginable amounts of data: On a 1 terabyte hard disk you could fit 728 million of the old 1.44mb floppy disk … You can now get a 10 terabyte disk and my brain just can’t cope.

The floppy disk has gone, the IDE hard disk (IBM compatible) has gone, ESDI has gone, PATA disks are rare and we are left with SATA that now has versions I, II & III. What's next? SATA Express! All of these new terms actually relate to the connection between the disk and the computer and the improvements are all about the speed of data transfer between the two of them. Up to now, the weakest link has been the speed with which the disk can collect its data from the spinning disk. The faster the disk spins the faster the transfer rate but, the more unstable it becomes. 7,200 is really the fastest you can physically spin a disk before it vibrates so much it can’t actually be read.

Most consumer laptops and PCs have a hard disk of about 500gb to 1,000gb (1tb), and this is loads of storage for the average user doing email, Internet, a few videos and some pictures. When we are asked to transfer date from and old PC to a new one, most users are surprised how little of their storage they have used, typically 50-100gb. Think on then that interned speeds have gone ballistic recently with the introduction of fibre and on-line data storage has become so cheap that everybody can afford it. What we need now is a super fast disk that's not really about storage but more about making the laptop or PC super fast.

Enter the SSD! That stands for Solid State Disk. A completely electronic device that has no moving parts, no spinning disk, no little arm, no noise, nothing. It uses a fraction of the power that a traditional disk uses giving hours more battery life to laptops. They've been around for a couple of years but expensive, however the prices have plummeted in the last 12 months and they are now affordable as fitted in new computers as well as an upgrade option. Typically, a three year old laptop with a traditional hard disk starts up in about 2-3 minutes: With a replacement SSD it starts up within 30 seconds. The future is here, now!

All you have to do is copy your existing disk to a new SSD … Job done! As always, if you need help, you know where to come!