The Wonders of Wireless 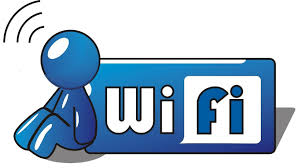 Wireless is simply wonderful....when it works!

I remember back in about 2005 when the first wireless routers came on the market we spent hours trying to configure it and make it work. Today you just press a button and it’s all done … well nearly. We have laptops, tablets, printers, mobile phones and other such stuff all on Wi-Fi along with TV boxes galore, heating systems, music systems and electric curtains … where will it end?

However if you live in big stone house with thick stone walls or a relatively new build with foil-backed insulation then you’ll know that your Wi-Fi signal doesn’t go very far. I’m often asked to provide a more powerful router, but that is not possible for two reasons. Firstly the Wireless Telegraphy Act 2006 limits the power output of all devices and secondly, even if you could link-up a more powerful transmitter, your devices would have to be equally powerful to be able to transmit back again when sending stuff back to the internet.

So how do you overcome this conundrum? You can try the simplest and cheapest method which is to re-position your router closer to the centre of your area; I regularly visit houses where the router is at the furthest end of the house simply because that is where the main PC is connected with a cable. Move the router and make the PC wireless for less than £20! I’m sorry, no you can’t have a second router plugged in somewhere else. However you can have a wireless repeater. These are relatively inexpensive at about £30 and you have to position them within good reach of the existing wireless signal and that signal is simple repeated. There is sometimes some loss of speed and you can’t daisy-chain them to extend further.

Next, and most popular, are the “Powerline” adapters. These are two or more devices that plug-in to your mains electricity and talk to each other over those wires. Assuming that your house is all on the same distribution board (fuse box in old language!), then you can easily have Wi-Fi at the other end of the house and in the middle as well. A bit more expensive starting at about £65 for a simple kit, but you still don’t need any unsightly wiring and you just plug them in.

For bigger buildings, offices and outhouses there is really only one option, cable. The theory is simple enough, a cat5e network cable run from A to B with one end plugged into the router and the other has a wireless access point into which you can connect multiple other devices. This method is guaranteed to work as the extension of your Wi-Fi is not based on how thick a wall is. I’ve tried external aerials, bi-pole aerials and directional plate aerials, but none of them seen to work reliably in a domestic environment, and what you all want is reliability!

So there you have it! If you live in a modest 3-bed semi or smaller abode then the Wi-Fi provided by your ISP router should be just fine. However the bigger or more extended your needs are then one of the above options is for you. As always, if you get stuck, you know where to come!